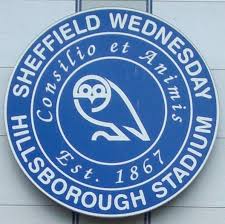 Scunthorpe United have announced that the League One clash with high-flying Sheffield Wednesday has been forced to move.

The Iron were originally due to host Gary Megson’s Owls on Saturday 7th January: but owing to Sheffield Wednesday’s progress through to the 3rd Round of the FA Cup – Football League & Football Association rules require prioritisation of the cup for that weekend.

Following Scunny’s exit at the hands of AFC Wimbledon: this is of course not a fate we’ll have to be troubling ourselves with.

As such, our game at home to the 2nd placed South Yorkshire club has been re-arranged.

Thus: following the Hartlepool game on Jan 2nd: Scunny will have an extended action-free break from League One football: with the next game not going to be until Jan 14th and the trip to Colchester.

Let’s just hope that despite the game being re-arranged, that the Iron can pull round a good performance, and more importantly – 3 bloody points. Up the Iron!