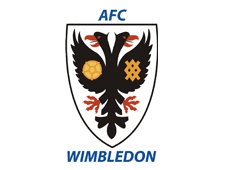 It’ll be a case of dejá vu for the Iron fans once more: as the boys in claret & blue are forced to take on AFC Wimbledon in the FA Cup 1st Round Replay.

This is following the Iron’s inability to beat the Wombles in the 90 minutes back at their ‘home’ ground in Kingston on Saturday 12th November.

The replay has been scheduled for Tuesday 22nd November, and will take place at Glanford Park with a 7:45pm kick off.

Also, if required: the game will head to 30 minutes extra time and penalties, to ensure that a winner is found on the night. 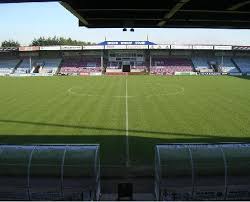 The ticket details have also been announced for the 1st Round Replay clash with Terry Brown’s League Two AFC Wimbledon.

And in what will be a very welcome move with fans of both clubs – Scunny have announced that reduced prices will be operating for the game.

This is particularly welcoming for those of us who were mad/dedicated enough to make the journey down to Kingston to see the 1st Round game on Saturday as well!

It is also believed that the Iron’s usual policy for Members being able to purchase tickets in advance at a discount rate, will also be in operation.

This is also expected to be at the discount rate, but it’s advisable to find out from the club first. You know what all football clubs can be like sometimes!

It’s also expected that the above price range, (Seating), will apply to the travelling AFC Wimbledon fans as well. But see the above caveat just in case!

So with a place in the 2nd Round of the FA Cup at stake – let’s make sure we can get as many Iron fans down to Glanny Park as possible. 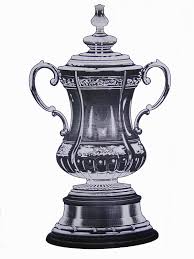 And more importantly – to see a victorious Scunthorpe United team….