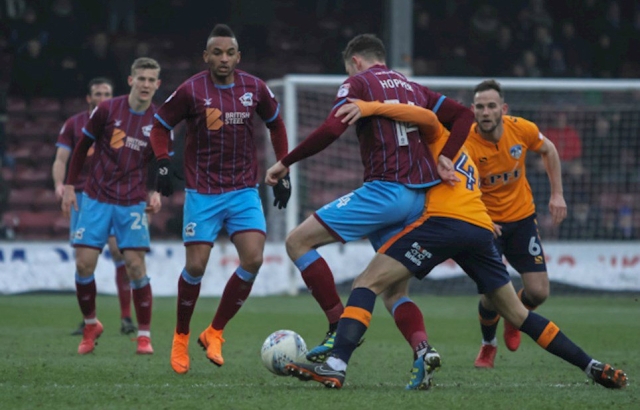 Welcome back to Any Old Iron. Today’s post is inspired by our recent games, and how one loss has led to multiple.

I’m not a negative fan, and always aim to look at the bright side of our results, but something lately doesn’t seem right.

Whether it’s to do with the team collectively, or certain individuals, we haven’t been up to much in our matches.

As the title says, the next couple of months are going to be difficult as we battle for a spot in the Championship.

We’re currently fifth, which isn’t something to complain about as we’ve been in worse positions before.

After Saturday’s 2-0 loss to Oldham Athletic, fans believe that Graham Alexander playing the team in different positions played a massive part in giving away three points.


This may seem quite controversial, as fans have different theories as to why we have continued our dangerous run of losses and draws.

Whatever caused our team to drop points on Saturday, we all hope that both the squad and Alexander turn things around in time for the next match.

We next face Wigan Athletic away on Saturday the 10th of March, and in my opinion, it could either make us fall even more or give us the confidence we need.