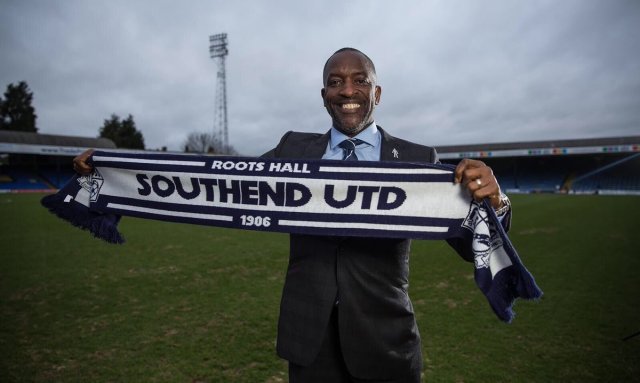 Former Southend favourite Roy McDonough says he would put his house on the Shrimpers defeating the Iron on Saturday.

The home side will play for the first time under new manager Chris Powell, after he was announced as Phil Brown’s successor on Tuesday.

McDonough – who made over 230 appearances for Southend – believes the new manager effect will almost certainly see Scunthorpe go home empty-handed.

“Anyone who has a spare £10 should put it on Southend winning at the weekend because it’s one million per cent going to happen,” said McDonough.

“It’s the Chris Powell factor along with the new manager syndrome and I would put my house on it happening.

“I’m normally the worst gambler when it comes to football but I bet players who have been scratching their backside for the past six weeks under Phil Brown will suddenly put in a good performance.

“And when you get six or seven doing that you normally win the game so I’m definitely putting a bet on.”