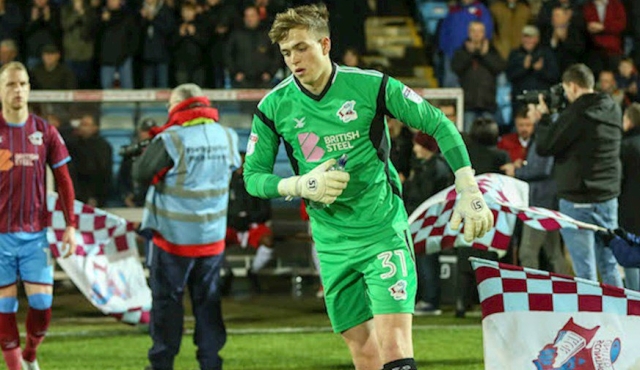 Iron boss Graham Alexander has admitted he may have to dive into the loan market to sign a goalkeeper, as Matt Gilks continues on his recovery from injury.

Rory Watson stepped in to make his first full league debut against Portsmouth two weeks ago, and has played twice since.

The young shot-stopper has done well since coming into the fray, but United would have to look to youth team for their next recognised goalkeeper, should Watson pick up an injury.

It was hoped that Gilks’ injury may not be as bad as first feared, according to a BBC Radio Humberside tweet last week:

However, whilst talking to the Scunthorpe Telegraph today, Alexander admitted they may need to bring in cover primarily, but with the intention of having another competition for the number one shirt in the long-term.

“I don’t want to sit tight and hope, we have to be prepared.

“If anything happened to Gillo or Rory after January we would just be left with one goalkeeper and one youth goalkeeper who is not ready to go into the first team.

“That leaves us in a vulnerable position and I don’t want to be vulnerable after January so it is something we are assessing.

“I’m glad we’ve had an opportunity to see Rory in these three games to make a judgement but we will see if we can get another goalkeeper in to make us secure until the end of the season.”
Follow our Facebook page for the latest updates from the site: facebook.com/anyoldironblog
https://platform.twitter.com/widgets.js