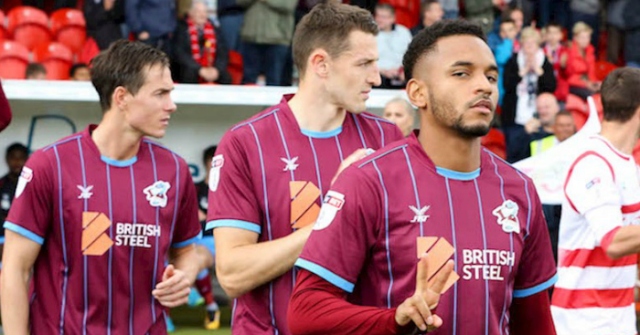 Scunthorpe midfielder Funso Ojo is keen to show the Iron fanbase that Saturday was a one-off, when his side face Doncaster Rovers on Tuesday.

United fell to a disappointing 3-1 defeat to Gillingham at Glanford Park, a result that shocked the home faithful, who are so used to a solid defensive performance on North Lincolshire soil.

Speaking to the club’s iFollow account, Ojo said of Saturday’s defeat: “I was more disappointed in the performance than the result.

“We can lose a game, but we can’t lose a game like that. I wasn’t happy with that.

“I saw a lack of a lot of things in the game and that’s not something we want as Scunthorpe players. It was uncharacteristic and it wasn’t good enough.”

Tuesday’s derby match under the floodlights is a great chance for Ojo and his teammates to quickly forget the defeat to the Gills, and the Belgian is confident they can do just that.

“If the next game had been Saturday, we would have the whole week to think about the last game and that’s something I don’t want.

“Doncaster is a good opponent and I’m happy we have them at home so we can show our fans that Saturday was an (isolated) incident.

“I’m not going to say that we won’t lose another game between now and the end of the season, but we can’t lose them like on Saturday.

“We’re going for the win against Donny and we’re going to do what we normally do – fight for each other, pass the ball and I hope this will be the game where we score some goals.”