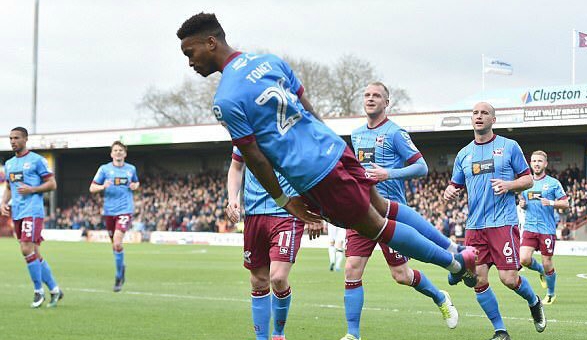 The Iron have announced that Ivan Toney has joined the club on loan for the remainder of the season from Newcastle, just one day after he ended his loan spell with Wigan Athletic.

Toney scored seven goals in 17 appearances for United last season, including a goal in the Play Off semi final loss to Millwall.

The 21-year-old has spent the first half of the season on-loan with League One leaders Wigan Athletic, where he has found the net six times in 28 appearances in all competitions.

✍️ The Iron are delighted to announce the return of striker Ivan Toney on loan from Newcastle United until the end of the season – https://t.co/f8NLV5BBGj

We’re buzzing about this. Welcome back, Ivan! #UTI