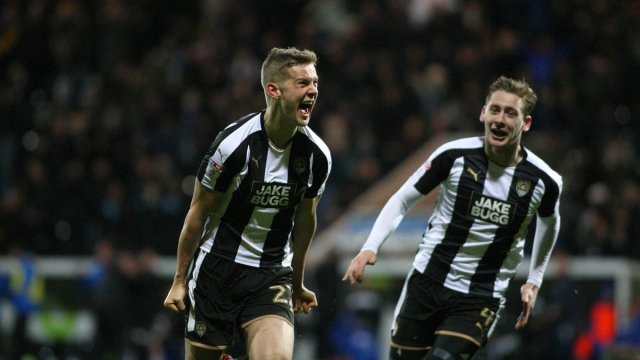 The Iron’s pursuit of Nottingham Forest midfielder Ryan Yates has taken a blow, after it was speculated that the player had signed a new deal with his club.

According to HITC, Yates – whose current deal was due to expire in the summer – has signed a new two-year deal with Forest, keeping him at the City ground until 2020.

The same report states that, although Yates is currently with Notts County, Forest will keep Yates out on-loan for the remainder of the season, but whether that will be with County is not yet certain.

The Iron had made a bid in the region of £100,000 for the midfielder, according to the Mirror last week.

The chance for Forest to get the player playing regularly in League One, rather than League Two, may be an attractive prospect, but it is likely Yates will remain with County for the season.