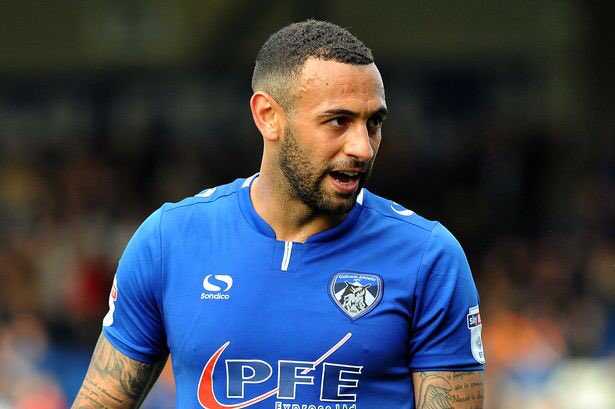 It’s fair to say Craig Davies’ time in North Lincolnshire wasn’t a success, but his form at Oldham has led to interest from one of League One’s in-form teams, Portsmouth.

Alan Nixon, a journalist for the Sun revealed Pompey’s interest this morning, when he tweeted:

“Portsmouth. Want to do a deal for Craig Davies at Oldham. Offering small fee and better wages. May happen.”

Davies has 10 goals in all competitions – including a goal against the Iron – so far this season.

The forward failed to find the net on 21 appearances in all comps last year, as he struggled to make any impact with Scunthorpe.

It was reported during the summer that the Iron had surprisingly offered the 31-year-old a contract, but he opted to make the move to Oldham.

Should the move to Pompey come to fruition, he may be set to make his league debut against the Iron on January 13.