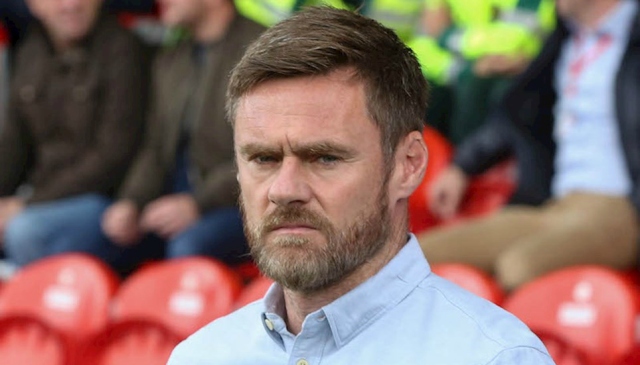 So, here we are, three months into the football season, sitting in fifth place and only one point behind third. Would you have all accepted that at the start of the league one campaign?

In this article, I will be taking an in-depth look at the pros and cons of this season compared to last year, and the potential reasons for this.

It’s easy to be frustrated and annoyed about not having as many points at this stage of the season as last year, but that was always going to be tough to beat.

Although it may not have felt like it at times, it has been a reasonably good start, with the Iron taking 29 points from 17 games.

That’s 1.7 points per game on average. If we continued to earn at the same rate for the remainder of the campaign, that would leave us with 78 points – and almost certainly a spot in the League One Play Offs.

Although there are a few things missing from last season, there’s also plenty of things that we have managed to improve on.

The Iron have been more solid in defence than at this stage last season, conceding 13 goals compared to last seasons 16.

To put that into a bit of context, only three teams (Shrewsbury, Wigan and Blackburn) have conceded fewer goals than United this season.

To add to this impressive record, our clean sheet record is better (so far) this campaign. Keeping seven clean sheets this season, one better than last season – and that has to be a bonus and something to build on.

Watching Scunthorpe for as many years as I have, grabbing late winners has always been few and far between. However, this season seems to be an exception.

United have scored five winning goals in the 83rd minute or later already this season. That’s ten points gained in the last seven minutes of games to date.

Without those five late winners, Graham Alexander’s men would be currently sitting in 16th place.

This isn’t to say that we haven’t deserved the late goals, but it emphasises the fine margins of football and how goals change seasons so dramatically.

Since early August, the Iron haven’t lost a single game against any team outside the current top seven in League One.

Although this may seem fairly normal and expected, I can’t remember the last time Scunny were undefeated against the bottom two thirds of the league, just over a 1/3 of the way into the season.

In my 15 years of supporting Scunthorpe United, we always seem to struggle against the lower placed sides.

Following on from the 1-0 victory at home to Bristol Rovers on Saturday, Graham Alexander revealed in his press conference that according to the club’s sports scientist – Chris Burton – United have created more goalscoring opportunities than last season so far, which I was very surprised to hear.

Aside from these positives, it is also worth looking into some of the reasons why the Iron aren’t achieving as well as last season in the thing that matters – the League One table.

The most obvious reason why we are fifth instead of first is clearly because of the points tally. After the same amount of games last season, we were eight points better off.

As highlighted earlier, eight points is a huge difference to a league position in any league in November.

Of course to rack up your points tally, you need plenty of goals. This is something that has been a huge problem this season.

With Josh Morris goals few and far between this season, the Iron are struggling to find a regular goal scorer.

Plenty of players are chipping in with a goal here and there, but not enough to be anywhere near last seasons record.

United have only managed just over half of last seasons league tally at the same stage (37 last season compared to 19 this).

The goals per game ratio needs to improve to increase the chances of promotion this season. This is surely an area which Graham can look to improve in the January transfer window?

The lack of set piece goals is evidently letting the Iron down as well. Josh Morris’s free kick specials have become a rarity, whilst scoring from corners and penalties are also a rare sight.

This is something that the Iron need to start using to their advantage with the height of players like Neal Bishop, Rory McArdle, Lee Novak and Cameron Burgess.

We are yet to pick up a single point against any team from the top seven in the league. To be more successful than last season, it is important that we take points off the teams in and around us.

Shrewsbury Town, Wigan Athletic, Rotherham United and Blackburn Rovers are all in the current top seven, and have all been victorious over Scunthorpe United this season.

The two teams in the current top seven that we are yet to play (Bradford and Charlton), are the Iron’s league opponents next week.

That will give us a good chance to put that poor record right.

In my opinion, points against the teams around you are twice as important as points against lower sides, as not only are you putting points onto your own tally, you are also knocking points off your biggest rivals in the process.

This is out of the Iron’s control but League One is undoubtably sterner than last year. This is because all three sides who have most recently come down from the Championship, have all come back stronger this season and have already beat Scunthorpe in the early months of the campaign.

Another reason for this is that all three losers of the league One play offs from 2016/17 are all lurking in and around the play off spots for a second year running.

And last of all, Shrewsbury Towns surprise points tally so far this season has shocked the whole league and country. Shrewsbury are sitting pretty at the top of the pile so far.

After marginally staying up last season, this just goes to show how football is so unpredictable and can change so quickly. Onwards and Upwards.

2 thoughts on “YOUR VIEW: A look at the season so far, through the eyes of Ryan Middleton”