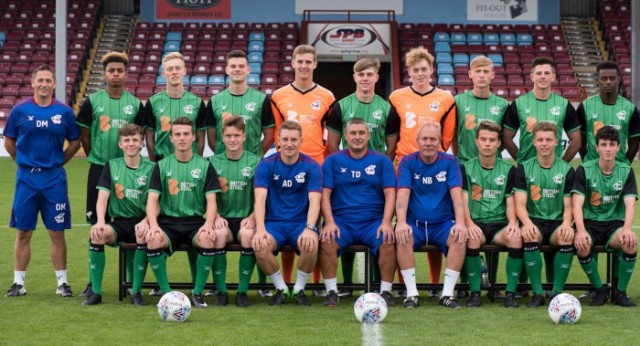 Andy Dawson and his Scunthorpe United under-18s head to Cambridge United tonight, as they look to advance to the third round of this years FA Youth Cup.

A 3-0 away win at Long Eaton United in round one saw the Iron progress, whilst the U’s youngsters defeated Peterborough United 2-1 in their tie.

“The lads have been nice and bright in training and we’ve spoken to them about the things they did well on Saturday and the things that they need to improve on.

“We’ve learnt from it, put it to bed and we’re ready to go onto the next game which is this one in the FA Youth Cup.

“It’s another tie away from home and I’m sure the pitch will be good so we’re expecting them to perform to the standards that they’re capable of.”

Tonight’s game will give the youngsters the chance to impress on an EFL league pitch, something Dawson believes his and Tony Daws’ players will thrive on.

“It’s a fantastic opportunity for them and a great experience (to play on an EFL pitch).

“This will be a different experience and I’m looking forward to seeing them express themselves, enjoy the tie.

“We know if they perform, that’s the most pleasing thing and at this level the result is secondary, but if you perform that usually follows.” Dawson concluded.