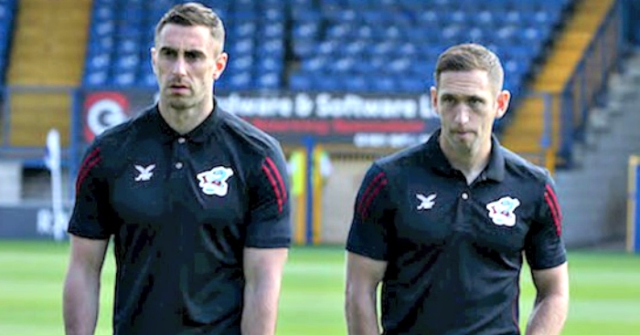 The Iron’s most recent signing Andrew Crofts will be absent for two-to-three weeks, after picking up an injury during training on Thursday.

Crofts had followed Lee Novak from Charlton a day after deadline day, but was an unused substitute when United faced Bury on September 2.

The injury on Thursday meant Crofts was unavailable for Saturday’s 0-0 draw with Blackpool, which had led to some wondering about the midfielder’s absence.

Although understandably disappointed, Graham Alexander stated that he looks forward to welcoming the 33-year-old back into the fold once he is ready.

“He twisted his ankle in training. It was in a tackle with one of the other players and he’s landed awkwardly on his ankle, so he’ll be missing for a couple of weeks yet.

“It’s disappointing for us and for him as well because he’s been chomping at the bit to make his mark on the team and the club.

“Unfortunately, we’ll have to wait two or three weeks for him to do that.”