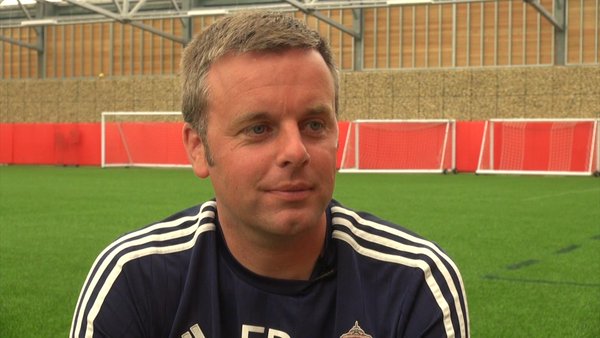 Sunderland under-23 coach Elliott Dickman had plenty of praise for the Iron, as he prepares to bring his Black Cats youngsters to Glanford Park on Tuesday for the Checkatrade Trophy.

The game will be both side’s first of three in this year’s Checkatrade Trophy, with the Iron also facing Grimsby Town and Doncaster Rovers later on in the competition.

When discussing his opposition, Dickman said: “The fact the lads can pit themselves against seasoned professionals is a great opportunity for them to see if they can handle the standard.

“They are a good team and they like to play. They have played different formations already this season and they have brought some good players in over the summer.

“They are a tough opposition and our first team played them in pre-season and it was a good competitive game for them.”

He continued: “It will be a good challenge for us but one we are expecting and wanting since the Porto game.

“If there are some of the younger lads playing that is great and from my point of view I just want them to enjoy the experience.”

Darren Drysdale is the man in the middle for the game, and he last officiated an Iron game in April of last season, when United defeated Chesterfield 3-1 at Glanford Park.

The game kicks off at 19:45, and the club have offered reduced pricing for the game, with adults able to enter the ground for £10.