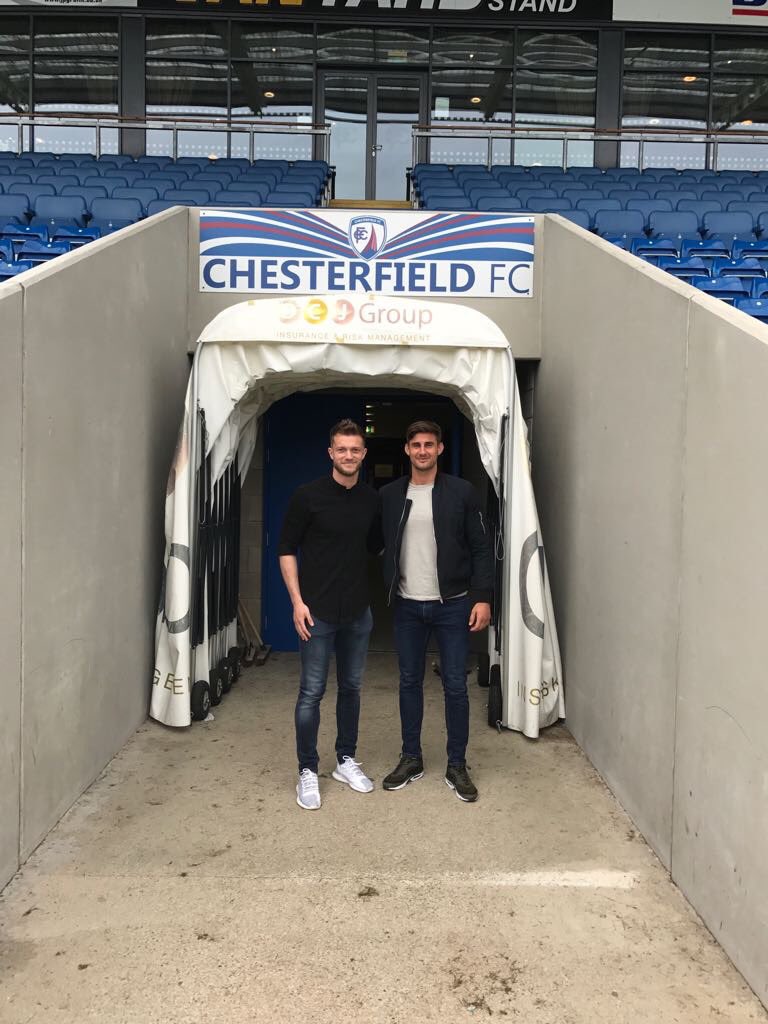 The Iron decided against offering Scott Wiseman and Joe Anyon a new contract at the end of the season, but it hasn’t taken either player long to find a new home.

Having just been relegated to League Two, Chesterfield are the club to snap up the duo, two players that Iron fans became highly fond of during their time in North Lincolnshire.

Following the season-ending injury to Iron number one, Luke Daniels, Anyon went on to make six appearances at the end of the campaign, before being the man in-between the sticks for both Play Off games. The 30-year-old made 15 appearances in total, throughout the season.

Wiseman battled it out with Jordan Clarke and Levi Sutton for the right back spot throughout the season, making 28 appearances in all competitions.

Both have signed two-year deals at the Spireites, as they look to help the club regain their League One status at the first time of asking.

Upon signing the deal, Wiseman said: “I’ve had a lot of good recommendations about Gary Caldwell. He told me what his expectations are for next season and I’m coming here because I know we want to bounce straight back.”

Anyon, too, had a lot of praise for his new manager Gary Caldwell: “Gary Caldwell is a young, hungry manager. He was very professional when we spoke and he sold the club to me. We want to bounce straight back.”

Caldwell himself was understandably pleased to get two of his key targets so early on into the summer transfer window: “Scott is a winner who can play in a number of positions, which is important when I consider how we are going to set up for different games.

“Joe also has experience of playing in big games. He’s very capable with his hands and feet, which is very important for me because of the way I want to play.”

Wiseman and Anyon became the second and third Scunthorpe players to find new clubs this summer, after Stephen Dawson signed a three-year deal with Bury at the start of the week.

Iron chairman Peter Swann did admit on Wednesday that Graham Alexander was in talks with an unnamed free agent, as the Iron look to add their first summer signing.