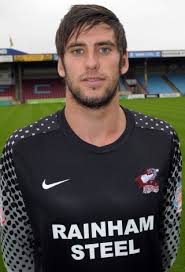 Despite both having come through the Iron’s youth system – it was clearly judged by Alan Knill & co that they had no future to be gained with the club’s first team.

And with the atmosphere in the dressing room bound to be not brilliant, it was well known that neither players’ relationships with the hierarchy was fantastic to say the least.

But nonetheless, considering that there is still a very big chunk of the season, (and both’s contracts), the releases still comes a surprise.

The club have not yet commented further on the matter, beyond confirming that they have occurred.

And if the club have thus been able to save on the wage budget for the pair – it’s hoped that the cash can be re-invested as we desperately try to avoid the drop.

Best of luck to the pair.