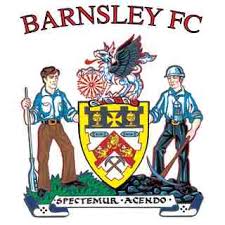 Chris Dagnall is all set to be re-united with his former Rochdale manager Keith Hill at Barnsley – following the two clubs having agreed an undisclosed fee for the Scouse forwards services.

Unsurprisingly, both Dagnall and the South Yorkshire club were also quick to agree personal terms, with the player expected to be joining the Tykes on a 2 and a half year deal.

Sadly, Dagnall has found himself somewhat on the periphery of forward action for the Iron – especially with the re-emergence of 4-5-1 and a just about fully fit squad.

Despite Daggers having been our top scorer in the Championship last season, has found himself behind the fully fit Garry Thompson, Jordan Robertson, Andy Barcham and Bobby Grant in the hunt for a starting attacking place for the Iron recently.

And with the Iron desperately struggling for goals, it is expected that the former Tranmere stirker will be the first casulaty of that.

With him also being one of our higher earners, Knilly & co will be relieved to free up some space in the budget – although are expected to miss him & his hard work.

For let us get nothing wrong, Daggers worked liked an absolute dog: and has had little to no service over the past 18 months. Do not be think that his reputation has been diminished by his spell with the Iron – the very opposite has occurred, it has enhanced.

And with Keith Hill knowing him well – and the Championship side providing a little bit better service, do not be surprised to see him being a vital player in Barnsley’s seemingly eternal mission to find mid-table safety in the Championship.

The clubs have not yet confirmed the deal – but it is no surprise to see the Scunthorpe Telegraph using the past tense already to describe his spell with the Iron. http://www.thisisscunthorpe.co.uk/Scunthorpe-Utd-Dagnall-leaves-Iron-club-close/story-14335987-detail/story.html

As soon as either Barnsley or Scunthorpe United have confirmed it themselves for sure, we’ll update you on Any Old Iron, but if that deal falls through we’ll upload a pic of this author eating his hat!

Up the Iron: and many thanks to Chris Dagnall for his excellent service. Many goals that just won’t be forgotten!

UPDATE: Just as we said they would, Scunthorpe United have finally announced the confirmation that Chris Dagnall has in fact completed his move to Barnsley.