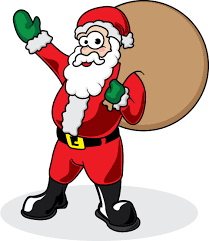 In a move no doubt designed to placate those whom wonder if they’re really working hard enough – Scunthorpe United have announced that they shall be training, and continuing the hard slog on Christmas Day.

Having taken their first point in over a month and a half at the weekend, it seems that the Iron are eager to try and generate some previously non-existent momentum to drag us away from the cesspit that we’re currently in.

Sitting 5th bottom and only a point above the relegation zone – it is sadly, a very real possibility that defeat to Knilly’s ex-employers Bury could send us into the dreaded drop zone and be the cue for the sacking of the gaffer Knill.

Like all supporters, especially the vast majority of those who go away every week – we on this blog aim to be as supportive as possible of the manager, especially as it has become abundantly clear that the real problems with the club lie elsewhere, but there may be a time whereby the board feel bound to act.

Don’t be surprised if that’s Boxing Day. What a nice Christmas Day present for all concerned that would be eh?!

Hopefully though, the sight of the East Lancashire club, and the relegation zone, will be enough to snap us into order and find a win by hook or by crook.

But with Ritchie Barker’s club sat very comfortably post-promotion, in 12th, this will be easier said than done.

And speaking of the occasion with the Iron Player, ahead of the game – Iron gaffer Alan Knill was particularly blunt when explaining their Christmas Day working:

“We’re preparing for the game the next day.

“So whether it’s Christmas Day or a regular day in January makes absolutely no difference whatsoever.

“You have to prepare properly, which is exactly what we will do. We will go through all of the same pre-match work. The fact that it’s Christmas Day is completely irrelevant.”

If we weren’t underachieving so bloody badly, we’d be temped to laugh or smile it off as a bit of Bah Humbug – but quite frankly lads: when you start winning games, that’s when you earn days off.